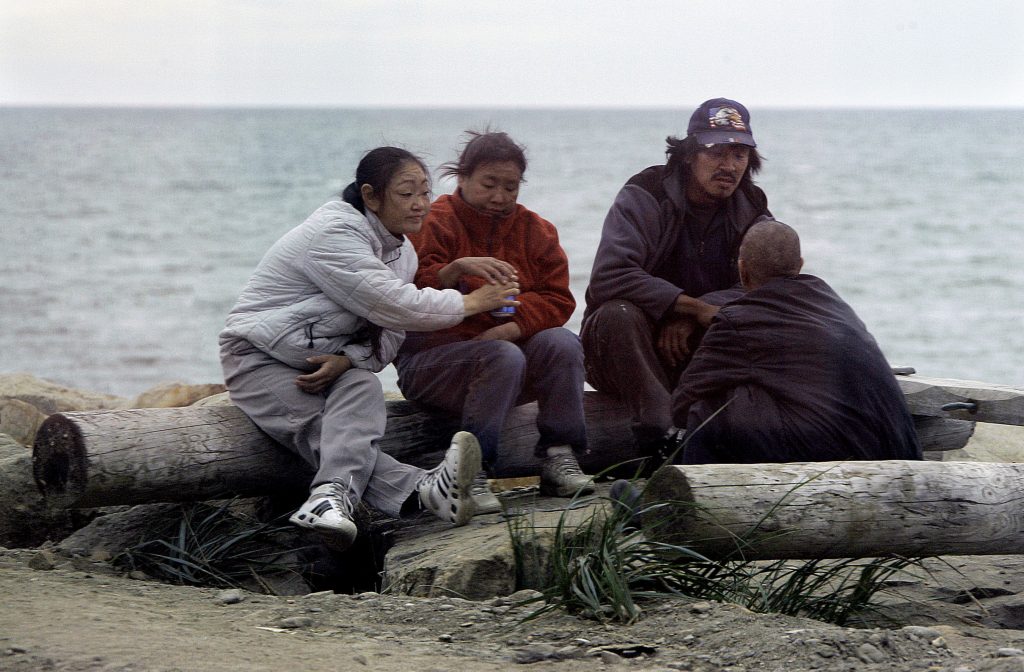 ArticleQ&ADetailDownload pdf
Dr Marilyn Fortin is a postdoctoral fellow at the University of Laval’s School of Psychology, based in Montreal, Canada. Her current research focuses on the psychosocial factors that influence excessive alcohol use in Inuit communities in Northern Quebec, with particular focus on the intergenerational transmission of binge-drinking habits between mothers and adolescents.

Canadian Inuit populations differ from others in numerous ways, including their use of alcohol. Although Inuit people drink less frequently, they binge drink at a rate three times higher than other Canadians and typically drink well above the threshold defined as binge drinking: five drinks in one session.

Consuming large quantities of alcohol in a short amount of time can have harmful effects on an individual’s health in the short-, mid- and long-term. This is particularly true for Inuit women because the harmful effects of drinking take a greater toll on their daily lives and on the lives of their children. Indigenous Canadians are particularly at risk of Foetal Alcohol Spectrum Disorder (FASD), caused when a woman drinks during pregnancy, and which is linked to delays in growth and neurodevelopmental issues.

The Family Environment Influences Adolescent Drinking
Dr Fortin’s research examines the social context in which drinking occurs. Binge drinking in women who are pregnant or have young children often reveals underlying domestic issues or psychosocial contexts that have triggered excessive alcohol use. Moreover, family environments where alcohol is consumed excessively are likely to encourage children to binge drink themselves, thus perpetuating alcohol problems.

There is a well-documented link between heavy drinking during adolescence and mental health problems. Dr Fortin aims to determine whether a family context of heavy drinking, and particularly maternal drinking, influences adolescent drinking patterns, and whether this influence varies with the gender of the adolescent.

Adolescent binge drinking is strongly related to increased risk of unintentional injury, attempted suicide, violence, delinquency, and episodes of depression. Binge drinking is also the most common mode of alcohol consumption among adolescents.

Dr Fortin and her colleagues’ main hypothesis is that mothers’ excessive drinking habits are passed on to their children through the family and psychosocial contexts, which influence children’s behaviour. Mothers have a primary role in Inuit households, therefore mother–child transmission of alcohol habits are particularly important to study.

Gender Differences in Drinking Patterns
Dr Fortin has also been examining the effect of the child’s gender on the degree to which they are influenced by their mother’s drinking habits. Gender is a key determinant of identity and behaviour, including drinking habits. Drinking habits differ between men and women because of the distinct social norms, expectations, and rules for people of different genders. She therefore considers it important to evaluate the effect of gender on alcohol consumption.

Studying Drinking Habits in Nunavik
The study used data from the Nunavik Child Development Study (NCDS) as well as follow-up interviews with mothers when their children reached 11 years, and with the adolescents themselves when they reached 16. The study allowed the team to examine the connection between excessive adolescent drinking and maternal alcohol use during pregnancy in the Inuit community, as well as the mediating role of certain psychosocial, family and circumstantial factors of drinking on this relationship. Some of the factors identified include age, education, economic poverty, food insecurity, domestic violence, depression, and suicide ideations and attempts.

This is the first trend analysis of longitudinal data tracing the evolution of drinking patterns around pregnancy in an Inuit community. Dr Fortin’s research investigated alcohol consumption and binge drinking trajectories from the year prior to conception until one year after the birth of the child. This comprehensive picture elucidates the drinking patterns of Inuit mothers around their pregnancy and risk factors of heavy drinking at this time.

Drinking Trajectories of Mothers During Pregnancy
Fortin’s results demonstrate that alcohol use generally falls during early pregnancy, tending to increase during pregnancy and the following year. Of the 248 women sampled, 18.7% drank throughout the study period, but just 1.6% reported binge drinking. Overall, this shows that women were more likely to abstain from alcohol completely, or to at least stop binge drinking during pregnancy, potentially as a result of public health interventions. Those who were in a couple were more likely to stop drinking, suggesting that family support can be an important determinant of alcohol consumption.

Defining Drinking Profiles
Estimating alcohol consumption can be tricky. Data can be collected during or after pregnancy, but there are no comparative studies in Inuit populations to suggest which method is better. Additionally, issues can arise with self-reporting because of the stigma associated with alcohol consumption, and therefore social pressures to under-report.

In the next stage of Dr Fortin’s project, the team will use retrospective interviews (11 years on) to define drinking profiles of mothers (abstinent, drinkers who do not drink heavily, and binge drinkers), and analyse personal, familial and environmental factors related to each drinking profile. The analysis of this data will also investigate the effect of paternal drinking on that of the mother and youth.

Next Steps
Dr Fortin’s team will soon be ready to evaluate their main research hypothesis regarding the intergenerational transmission of heavy drinking in Inuit families between mothers and adolescents, and assess whether there is a gender dimension to this. They expect to be able to identify the key factors that influence binge drinking, which often co-occurs with difficult family situations or the presence of psychosocial risk factors.

Dr Fortin’s research has been conducted with the collaboration of various indigenous representatives, such as the Kativik Regional Government, President of the Inuit Circumpolar Council (Canada Office) and Executive Board of the Nunavik Regional Board of Health and Social Services, among others. The eventual outcomes will be to reduce the negative health outcomes for Inuit people associated with excessive alcohol use by implementing targeted, evidence-based policies. Hopefully this will enable local government to reduce the impact of alcohol on future generations.

Why did you decide to focus your research on Inuit communities?
After travelling substantially and a number of years studying anthropology, I knew that I wanted to grow in a profession in which I could explore, day after day, the cultural diversity that surrounds us. I see this research project as a natural progression of my own interests in culture and health. To pursue this work, I needed to look beyond my specialisation in sociology and alcohology. I gained new knowledge in psychology, perinatal health, and environmental and population health in order to work cooperatively with a community particularly touched by the harmful effects of alcohol – a community that also calls our vast and beautiful Québec home. In a population with a high rate of binge drinking, it is crucial to identify the social and familial determinants influencing the adoption of this behaviour, especially among women and adolescents. Excessive drinking among women often goes hand in hand with a difficult family situation or the presence of psychosocial risk factors. It is important to raise society’s awareness here.

How did you first become interested in the impact of mothers’ drinking on their children?
Women and children’s health has always been a catalyst for my explorations. During my post-graduate studies, I joined a research group that focuses on the social determinants of health and the effects of context on social inequalities in health, specifically among users of alcohol and psychoactive substances. I quickly saw how my personal interests in health intersected with the needs of these vulnerable populations. And since pregnancy is a happy event, it is all the more exciting to work on an issue associated with one of life’s most extraordinary moments, the birth of a child.

What part of your research findings do you think is the most important for public health?
The goal of this study is to evaluate the contextual familial and psychosocial factors likely to influence excessive alcohol use among Inuit mothers and their children. It will allow for the identification of factors associated with excessive alcohol use among Inuit from Nunavik and will help to formulate recommendations on binge drinking with the hope of reducing its harmful effects on the Inuit population. By observing whether certain psychosocial and health determinants have an influence on the mother–child relationship, we will be able to propose prevention strategies and health interventions to help the Inuit community and the most vulnerable. This research uses a multidimensional approach in order to ultimately understand the impact of a child’s family environment on his or her alcohol-related behaviour during adolescence – another extraordinary time of life. Thoroughly understanding the causes and/or determinants of a mother’s excessive alcohol use could also help to prevent excessive use among adolescents, which is a particularly devastating phenomenon within Inuit populations. All the phases in this study are important because each one is like a piece in a giant puzzle. In the end, we will have a better view of the big picture and will hopefully be able to provide better support to Inuit youth populations.

What impact do you hope your research will have?
We hope to raise awareness among women at risk of excessive alcohol use, as well as those around them, about the harmful effects of drinking during pregnancy and the long-term effects on children’s health. We also hope to demonstrate that explaining the causes of alcohol use is often very complex and that prevention is often an effective avenue for reducing the effects. The expected results are aimed at the operationalisation of interventions targeting excessive alcohol use among Inuit youth in order to limit harmful consequences and to prevent continuation and transmission. Lastly, the study will provide more data about homes in which excessive alcohol use is present in order to identify the direct factors of this behaviour and soften its impact on future generations.

What are the next steps for your research?
Our next step is to continue research on adolescent drinking patterns and to examine how alcohol use among Inuit youth affects the mental health of this population at high risk of psychological distress. Other studies, in collaboration with Inuit communities, are ongoing or will begin in years to come, with the hope of increasing our knowledge about the multiple barriers to achieving an acceptable quality of life in northern Québec and Canada. These studies aim to develop health and social services that are in harmony with Inuit culture and to empower Inuit to manage their own health care programmes.

Dr Fortin’s research focuses on the relationship between a mother’s drinking habits during and after pregnancy and the subsequent drinking habits of her adolescent offspring. She is also interested in the effect that gender can have on drinking habits. 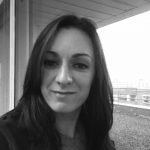 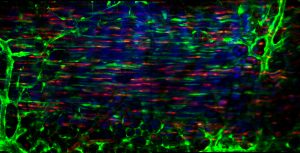 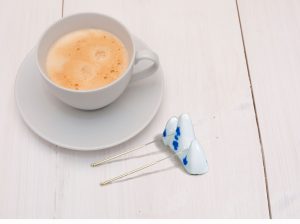 Chronic pain and acupuncture: from needles to analgesia

Electrotransfer for drug delivery – from bench to bedside