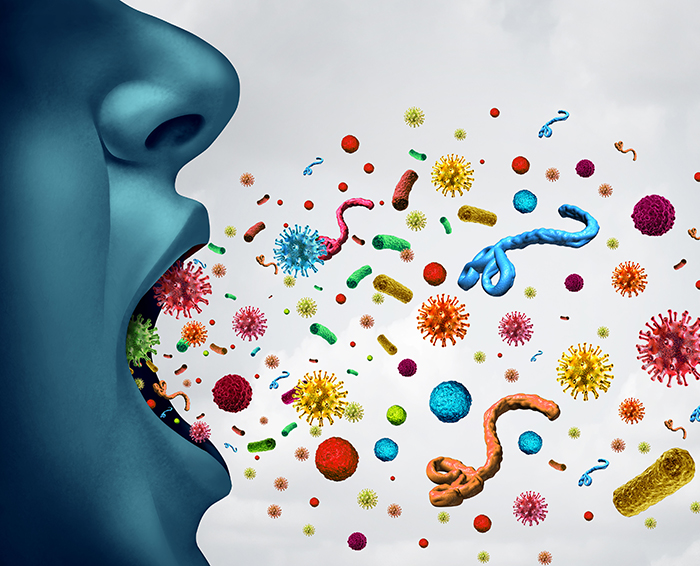 ArticleQ&ADetailDownload pdf
Dr Justin Merritt, from the Oregon Health & Science University, studies disease-causing bacteria at mucosal sites in humans, especially in the mouth. His latest research on bacteria that cause tooth decay offers interesting and very novel insights into the processes that can trigger disease.
The human mouth harbours more than 700 unique microorganisms that live on the teeth and oral mucosa. This so-called oral microbiome performs diverse functions for its host, for instance in food digestion, detoxification of environmental chemicals or immune responses. An imbalanced microbiome (termed dysbiosis) can have strong effects on health, with one example of this being dental caries (tooth decay). This is a major health problem worldwide, affecting 60–90% of schoolchildren and more than 95% of adults. In cases of advanced dental caries, few alternative options exist other than removing the tooth completely.
Bacteria cause tooth decay
Tooth decay is caused by dental plaque, which mainly consists of bacterial biofilm, forming on and around the teeth. A biofilm is an aggregate of microorganisms and other (secreted) substances that can adhere to surfaces. One major contributor to this biofilm forming on teeth is a bacterium called Streptococcus mutans (S. mutans). S. mutans has specialised receptors that allow it to stick more readily to the tooth surface and it can grow on a wide variety of carbohydrates. However, in the presence of sucrose (table sugar), it starts converting this sugar-type into long, sticky polymers called glucans, which adhere to teeth. On its surface, S. mutans has proteins that bind glucan (glucan-binding proteins or Gbp) thereby greatly facilitating its biofilm formation and the resulting dental plaque.

What is it that makes Streptococcus mutans so successful at colonising the mouth, compared to all other bacterial species sharing its habitat?

Sucrose is the only sugar that can be metabolised to form these sticky molecules. However, S. mutans can also catabolise sucrose and many other sugars for energy, producing lactic acid as a by-product. This creates an acidic environment in the mouth, leading to the dissolution of the calcium-rich tooth enamel. Simultaneously, S. mutans thrives in this acidic environment, outcompeting numerous other microorganisms that are not so tolerant of the acidity. In the long run, this allows S. mutans to dominate within the oral microbiome, leading to tooth decay. Consuming sugar therefore aids S. mutans in creating the perfect conditions for its survival and success.


However, what is it that makes S. mutans so successful at triggering tooth decay, compared to all other bacterial species sharing its habitat? How exactly does it regulate biofilm formation and could that be prevented? These are the key questions that Dr Merritt and his team have asked in their bid to improve oral health.
How bacteria become harmful
Bacteria can adjust to their environment through regulatory networks, which allow them to regulate the activity of their genes. In this way, they can quickly respond to changes in the environment such as stress or particular nutrient availability. This is one of the reasons why bacteria can live in so many different niches on earth and how initially harmless bacteria can cause diseases. Dr Merritt and his team at the Oregon Health & Science University study regulatory pathways within bacteria that cause oral diseases, such as tooth decay. In one branch of their research, the Merritt team shed light on a peculiar regulatory system that can control many disease-associated processes in S. mutans.
Finding unexpected answers
The Merritt lab discovered a key gene in the disease-causing process for S. mutans called irvA. In S. mutans, the irvA gene is not active under normal environmental conditions, meaning it produces no mRNA. The reason for this is that a repressor protein called IrvR is bound to the irvA gene, preventing mRNA production. The Merritt lab discovered that upon stress, the IrvR protein cleaves part of itself – resulting in the irvA gene switching from an inactive to active state and starting mRNA production. This irvA mRNA then stabilises the mRNA encoding glucan-binding protein C (GbpC) – a biofilm-enhancing surface protein – by preventing the usual RNA degradation machinery of the cell from taking action.

Studying disease-related processes in harmful bacteria will not only advance our understanding of those microorganisms, but could ultimately deliver novel therapeutic targets to tackle illnesses

This machinery consists of RNases, which are enzymes that control RNA abundance by degrading unused, degenerate, or harmful (i.e., viral) RNAs out of cells. Without gbpC mRNA being stabilised by irvA mRNA, the former is rapidly broken down immediately after synthesis by a defined cellular RNase. However, by inhibiting RNase degradation of gbpC mRNA, the irvA mRNA causes greatly enhanced production of the GbpC surface protein, thus contributing to biofilm formation. Despite its peculiar regulatory function, the irvA mRNA is still a template for protein production, making it a molecule with two vastly different functions.
These findings are exciting in the sense that mRNAs were thought to serve primarily as templates for protein production, rather than directly affecting cellular processes. The mechanism typically involved in protein creation does not apply to all produced RNAs of a cell: particular RNAs do not encode protein information, but instead perform certain functions in fine-tuning gene expression in their form as an RNA molecule. Until now, mRNAs have not been credited with similar regulatory capabilities, so these findings add an additional layer to known gene regulatory concepts. Future research efforts need to reveal whether this is an exceptional case or whether it occurs more frequently in (pathogenic) bacteria or even higher organisms.
Broadening the view
Bacteria have a vast variety of gene regulatory strategies even among similar species. The Merritt lab is dedicated to exploring completely unknown regulatory mechanisms in harmful bacteria. One example of this is a new mechanism they have discovered in S. mutans, termed the LytTR regulatory systems (LRS). This system appears to be involved in both the initiation of S. mutans cell death as well as its secretion of toxic substances that prevent growth of competing bacteria. Studying disease-related processes in harmful bacteria will not only advance our understanding of those microorganisms, but could ultimately deliver novel therapeutic targets to tackle illnesses. As illustrated by the irvA work of the Merritt team, it can also reveal previously undiscovered mechanisms of gene regulation – which may have broader implications for research.

What led you to study gene regulatory mechanisms in pathogenic bacteria?
I have always been fascinated by pathogenesis, but never imagined myself devoting so much effort to the study of gene regulation. However, this changed dramatically during my graduate studies of S. mutans. Here was an organism that exists as part of the normal flora in virtually all adults and yet it possesses a conditional ability to trigger disease. This seemed so counterintuitive and ultimately piqued my curiosity to understand how members of the flora like S. mutans regulate processes that can result in pathology to the host.
What makes Streptococcus mutans an interesting model system for studying diseases at mucosal sites in general and gene-regulatory pathways in particular?
There are a couple of qualities of S. mutans that I think make it a wonderful model organism. Firstly, it is an obligate member of the human microbiome. The human oral cavity is its only known natural habitat and therefore it is a relevant model organism for studies of human dysbiotic disease. Secondly, S. mutans has a relatively small genome and has an amazingly robust genetic system. It literally takes only several days from start to finish to create all types of mutant strains. Consequently, we are always willing to test unconventional ideas.
Are there any drawbacks in the methods available to you for studying pathogenic bacteria?
A major challenge for the study of dysbiotic diseases is that pathogenesis largely occurs in a polymicrobial context (i.e., as a pathogenic consortium of species). Much of our research requires studies of mixed communities of bacteria, which multiplies the complexity. This poses an even greater challenge when attempting polymicrobial infection studies of animal models of human dysbiotic diseases. Members of the human microbiome generally exhibit poor survivability in other animals.
How could your findings into cellular regulatory pathways be used to create therapeutics?
Many of the classic bacterial diseases of antiquity are caused by foreign bacteria and can be treated using antibiotics, which is basically a scorched earth treatment strategy (at least at the microscopic level). Antibiotics kill a large segment of the bacteria in your body including the bad bugs. However, this approach has limited utility when particular species of one’s own flora are the problem, since it is very detrimental to one’s health to remove the flora, especially for extended periods of time. We are interested in finding the Achilles’ heel of particular species for targeted therapeutics. For example, we have found that LytTR Regulatory Systems seem to control a suicide-like pathway in S. mutans. Can we hijack LytTR Regulatory System gene regulation to trick S. mutans into killing itself, while sparing the beneficial species within the mixed community of flora?
What are the next steps in your research?
For our gene regulation studies, we are extremely interested to understand the role of uncharacterised RNA binding proteins as mediators of RNA–RNA interactions. For all cellular life forms, a large percentage of the gene regulatory interactions between RNA molecules involve imperfect complementarity (e.g. irvA-GbpC mRNAs). Because of the numerous mismatched bases between many interacting RNA molecules, hybridisation is often extremely inefficient without the aid of another protein to catalyse their interaction. Some of these RNA-binding proteins found in S. mutans even have analogous proteins in higher organisms. 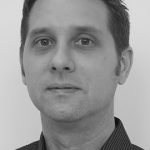 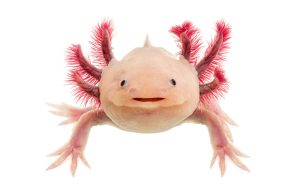 From mice to medicine: harnessing the power of regeneration 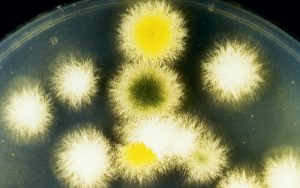