Fluorescence imaging has established itself as the technique of choice among many biochemical and medical scientists for its high sensitivity and real-time detection capabilities. While fluorescent probes have contributed to advancing the knowledge of cell physiology and biological systems, their brightness can be affected by the medium. Dr Kyo Han Ahn from Pohang University of Science and Technology, South Korea, and Dr Yong Woong Jun at Stanford, USA, have developed exceptionally bright benzocoumarin fluorescent dyes. They revealed that the intracellular environment provides a unique space for the fluorophores, distinguished from those of organic and aqueous media.
Scientists explore a wide array of molecular interactions to understand cellular mechanisms in living things. For this purpose, fluorescence imaging is popular among researchers due to its high sensitivity, spatial resolution, and ease of use. Fluorescence sensing provides researchers with real-time monitoring capability in vitro as well as in vivo. Furthermore, fluorescent probes not only confirm the location of a physiological target by visualising it but are also capable of quantifying the target based on the intensity of the signal. Undoubtedly, the use of fluorescent probes has contributed to advancing our knowledge of numerous physiological processes, such as protein trafficking and molecular signalling, and giving unique insight into the fundamental structures of cellular organelles.

While most fluorescence probes have been evaluated and optimised in aqueous media, most of the data acquired through their use are captured in a cellular context. Since the brightness of the probe is of fundamental importance for the visualisation and quantification of the target, it is essential to evaluate the influence of the cellular microenvironment on the intensity of the fluorescent signal. Dr Kyo Han Ahn from Pohang University of Science and Technology, South Korea, and Dr Yong Woong Jun at Stanford, USA, have developed a systematic method to evaluate the fluorescence properties of probes within the cellular environment for reliable analysis, developing a new family of dyes that provide high sensitivity and reliability in the study of cells.

Benzocoumarin (BC) dyes fluoresce slightly in solution with water but provide bright cellular fluorescence images within a cellular environment. This somewhat contradictory observation prompted the team to study the intracellular fluorescent emission behaviour of selected BC dyes compared to nine commonly used dyes, including coumarin and fluorescein, which are very popular among researchers for imaging studies. The team published the results of the study in 2020, evaluating the factors behind the discrepancy in the fluorescent properties of BC dyes in water solution and in cells. According to the researchers, ignoring the unique effect of the local microenvironment could mislead scientists and practitioners when choosing the fluorophore or probe. It also significantly undermines the reliability of data interpretation and quantification, the latter being due to a fluorescence emission shift inside cells.

“The brightness of the probe is of fundamental importance for the visualisation and quantification of the target.”

To compare the relative brightness of the fluorescent probe, Ahn and Jun used a confocal laser scanning microscope that can be operated at nine different wavelengths. While the commonly used fluorescent dyes emitted brightly in conventional, water-based laboratory solutions, the investigated BC dyes were poor emitters in water-based media. When the researchers compared the emission intensity of the selected dyes in cells, the BC dyes emitted much more strongly than the commonly used dyes from the control group.

The effect of the cellular environment

The distinct difference in emission behaviour observed when comparing the BC dyes and the commonly used dyes in the water and cellular media convinced Ahn and Jun that the cellular environment is unique, and thus should be recognised as a distinct space for the fluorophores. The results should act as a warning to other researchers to be cautious when estimating the intracellular fluorescence properties based on in vitro properties obtained in aqueous media. The team proposed that two factors can explain the different emission of the BC dyes. First, the more viscous intracellular matrix, which restricts molecular free rotations that dissipate the excited energy thermally, can specifically enhance the fluorescence intensity of the BC dyes. The second, crucial factor that may enhance the intracellular emission of the BC dyes is their ability to penetrate within the cellular environment.

Among the BC fluorophores investigated, a compound named as BC4 was exceptionally bright inside cells due its high cellular penetration, which results in increased concentration in comparison with other dyes. Ahn and Jun showed that BC4 and its derivatives would allow us to obtain clear cellular images even at incredibly low concentrations of the dye, highlighting its great potential for diagnostic and imaging applications.

A proven track record of excellence and innovative discoveries

The group of researchers working at the Ahn laboratory has well-established expertise in the development of optical probes for not only chemical, biological, and environmental species but also in the design of optoelectronic devices, which can serve a diverse range of applications, including solar cells, light sensors, and supercomputers.

The team has published a number of fluorescent probes for disease biomarkers by exploring the unique optical properties of the benzocoumarin fluorophores. Specifically, they have focused on fluorescent probes that are capable of ratiometric imaging of tissue for reliable quantitative analysis, as the fluorescence signal is sensitive to environment. For example, this year the team published a two-photon ratiometric probe for elastase, which is an enzyme associated with inflammatory bowel disease. The study confirmed that fluorophores such as benzocoumarins that show environment-insensitive emission behaviour are highly promising for the development of probes aimed specifically at imaging biological targets.

“BC4, one of the fluorophores investigated, was exceptionally bright inside cells in comparison with other conventional dyes.”

In 2019, Ahn and his colleagues published a paper outlining an innovative method for the molecular sensing of anions, metals cations, and biomolecules. The method described was based around the development of a novel ‘reaction-based’ approach to design fluorescent probes with advanced and optimised sensing properties. This new approach has led to the development of efficient fluorescent probes not only for detecting metal species, such as cyanide, noble metals such as silver, gold, and palladium, as well as toxic mercury species and biologically essential copper ions, but also for detecting biorelevant analytes such as reactive oxygen species, formaldehyde, ATP, and monoamine oxidase. The sensing strategy behind the innovative probes involves making or breaking of chemical bonds that circumvent the interactions of the fluorescent dyes with water-based media, achieving higher selectivity and sensitivity that can be exploited in microscopy and biomedical applications. The researchers successfully used the probes to monitor the increase in amyloid plaques in vivo in ageing mice. Increased levels of amyloid plaques are an indicator of the progress of Alzheimer’s disease and will appear as bright fluorescent spots when the probes developed by Ahn’s team are used.

The quest for reliable molecular sensors that use fluorescence has sparked a great deal of interest in recent years among medical, biochemical, and environmental scientists. Ahn, Jun and their collaborators have designed and optimised a class of intracellular, exceptionally bright benzocoumarin fluorescent dyes. The team has demonstrated that the chemical environment within cells provides a unique influence on the optical properties of the fluorophores, distinguished from the effects exerted by other organic and aqueous media commonly used in vitro. The new benzo-coumarin fluorescent dyes showed an environment-insensitive emission behaviour. The studies published by the researchers show that the intracellular super-bright benzocoumarin-based fluorescent probes hold great promise for quantitative bio-imaging applications.

What will be the next venture in your research journey?
Although many research efforts aim to develop organic fluorophores for bioimaging applications, still there is a strong need for new fluorophores with promising photophysical and bioimaging properties. Also, recently, numerous fluorescent probes for biological analytes have been developed, but those with practicality are still limited. We should continue to develop ‘robust’ fluorophores that emit in the long wavelengths for bioimaging with minimal autofluorescence at deeper depths, along with bright cellular imaging capability, high photostability, chemical stability, etc. Such fluorophores provide materials for the probes, for which selectivity, sensitivity, signal reliability, and bioimaging capability should be secured.

This work was supported by the National Research Foundation of Korea (NRF) grant funded by the Korean government (MSIT) (No. NRF-2019R1A2C2085438)

The researchers thank Professor Jinmyoung Joo (UNIST) for his support. 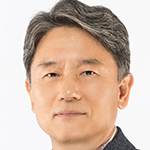 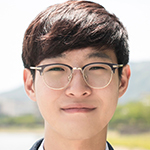 Dr Yong Woong Jun received a BS and PhD degree in chemistry at POSTECH in 2013 and 2018. He has been working as a postdoctoral scholar at Stanford since 2019. 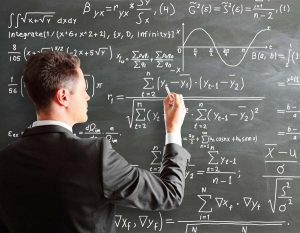 The weird and wonderful properties of basalt fibre 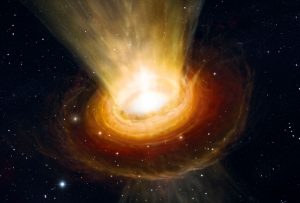