Is there a ‘fat gene’ responsible for cardiovascular disease?

ArticleQ&ADetailDownload pdf
The attribution of T-cell death-associated gene 51 (TDAG51) in the regulation of energy metabolism, has given Dr Richard Austin of McMaster University and St Joseph’s Healthcare Hamilton in Ontario a new target in the fight against cardiovascular disease (CVD) and related disorders. The regulation of this gene could potentially hold the key to preventing programmed cell death – a critical component in the clinical progression of CVD.
In a distinguished career that includes holding the Amgen Canada Chair in Nephrology, Dr Richard Austin has focused on understanding cardiorenal syndrome, the coincidence of chronic kidney disease with effects on the cardiovascular system. Chronic kidney disease is directly associated with hypertension (high blood pressure) and vascular calcification (vessel hardening, where calcium deposits are found in the muscular middle layer of the walls of arteries). Dr Austin’s research programme seeks to better understand the cellular stress pathways which result in these effects.
A very complex problem
Diabetes and obesity are known to accelerate kidney disease, so Dr Austin and his team are also interested in identifying the genetic and cellular factors which promote these disorders. In this process, they have been successful in discovering several novel cellular factors that influence the development of vascular calcification – the underlying cause of cardiovascular disease in patients with end stage kidney disease.
One such development was demonstrating a causal role of TDAG51 in lesion development, plaque rupture and vascular calcification – major contributors to cardiovascular disease. Dr Austin has related these effects to stressing of the endoplasmic reticulum (ER, cellular tubules associated with protein and lipid synthesis), showing that reducing this effect supresses many of the pathways involved in cardiorenal syndrome.

Let’s start at the very beginning
Much of this started with the implication of TDAG51 in the onset of obesity and diabetes in mouse models lacking the gene. Showing that these mice were more likely to have increased body mass linked to excessive fat production, particularly in the liver, the team also noted that the mice displayed insulin resistance similar to late-onset diabetes. Coupled with more data showing the gene’s expression was inversely related to hepatic steatosis (fat in the liver), their findings suggested that TDAG51 was involved in metabolism regulation related to lipogenesis (fat generation).
It was clear this ‘fat gene’ was up to more than people had originally thought, so Dr Austin and his research team, in collaboration with a colleague, Dr Joan Krepinsky at McMaster University and St. Joseph’s Healthcare Hamilton, started to follow the trail of this troublesome factor.


Hot on the trail
Following investigations into lesion formation associated with atherosclerosis (the build-up of fatty plaques in arteries which can cause hypertension, strokes and heart attacks), they found that macrophages (a type of immune system cell) form a major component of the cellular mass of these lesions. Their study looked at how proliferation of this cell type changed during the stages of lesion formation, determining that it was more active in the early and middle stages of growth.
These findings led them to conclude that these cells, which work together with T-cells in adaptive immunity and tumour suppression, are important for the progression and stability of developing lesions in blood vessels. Clearly the control of macrophage proliferation is vital to how this process develops, and it is here that TDAG51 once again rears its head.
A new direction
Responsible, at least in part, for controlling the process of apoptosis (programmed cell death) in these cell types, the products of this gene play a vital role in the management of cell populations in developing lesions. This realisation has led Dr Austin to launch a new programme of research which will investigate the role of TDAG51 in apoptotic cell death associated with cardiovascular disease.
The importance of this work is not to be underestimated. Cardiovascular disease is one of the foremost causes of death in the developed world, accounting for about a quarter of all deaths in both the UK and USA. Understanding the underlying factors and co-morbidities which give rise to these varying but related disorders, is fundamental to the development of effective therapies. Dr Austin, by drawing on his understanding of related pathologies, has been able to identify novel therapeutic targets, such as TDAG51, which may be effective in reducing the risk of developing later-stage symptoms of CVD.

Expert scientific sleuths
Dr Austin and his research team are utilising state-of-the-art biochemical and molecular approaches to investigate the role TDAG51 has to play in CVD. As well as this, he is using established mouse models of cardiorenal disease, and those with disabled TDAG51, to examine the in vivo effects of the gene, its products and potential therapeutic compounds. The human homologue of TDAG51 is called PHLDA1 (pleckstrin homology-like domain family A member1). Dr Austin and his collaborators have already demonstrated using SNP analysis that variants in the PHLDA1 gene in humans correlates with an increased risk of CVD.
A number of the findings from Dr Austin’s laboratory have already been published in high impact scientific journals. Importantly, many of these discoveries have become the cornerstone for the development of novel therapies and detection methods aimed at reducing the risk of cardiorenal syndrome associated with chronic kidney disease.
Eyes on the prize
Clearly TDAG51 has a broad role to play in both metabolism and lipogenesis, making it an important target for obesity and diabetes treatments, but its implication in the progression of CVD means the research will not stop there. Reducing the incidence of atherosclerotic plaques in blood vessels is a key goal, as it is here that deadly thrombi (clots) can form, which can block the artery or break off and cause blockages elsewhere. This can, in turn, lead to ischemic events such as stroke or heart attack.
The ability to tie all these strands together, to form a coherent picture of how these diseases interrelate, and how this informs their treatment, is where Dr Austin steps in. From obesity to diabetes, through chronic kidney disease to cardiorenal syndrome and cardiovascular effects, his research team has experience of investigating them all and a proven track record for advancing knowledge in these areas. With that level of expertise being brought to bear, novel therapeutics for this new target in CVD treatment are just around the corner.

How does chronic kidney disease result in CVD symptoms?
This is an interesting and relatively unknown connection between CKD and CVD. However, the majority of information suggests that in CKD, particularly in the presence of diabetes/obesity, there is a dramatic increase in the calcification of the medial layer in blood vessels. The process involves the smooth muscle cells changing into bone-producing cells called osteoblasts. This dramatically increases vascular calcification which affects the structure and flexibility of the vessel wall leading to changes in blood pressure and altering blood flow. These changes also increase the risk of blood clots and vascular damage, all of which contribute to CVD.
What led you to look at TDAG51 as a potential therapeutic target in this area?
We had demonstrated in our TDAG51 knockout mice that they show markedly reduced intimal calcification which is a hallmark feature of atherosclerosis and CVD. Given this novel finding, we felt that loss of TDAG51 in the blood vessel may protect against medial calcification which is a hallmark feature of CVD in patients with CKD. Our unpublished data does indeed show that loss of TDAG51 within the medial smooth muscle cell layer does protect against medial calcification. That is why we followed this potential therapeutic path.
Why is TDAG51 implicated in such diverse effects as obesity, diabetes and CVD?
This is the million dollar question!!! We do not have all the answers but TDAG51 seems to regulate a number of relevant pathways that connect obesity, diabetes and CVD. These include its effect on programmed cell death, response to cellular stresses such as ER stress, inflammation and oxidative stress. However, one very important aspect of TDAG51 is its ability to mediate cell differentiation. For example, loss of TDAG51 in smooth muscle cells blocks their ability to become osteoblasts. However, loss of TDAG51 can increase the differentiation of liver cells and pre-adipocytes into fat cells. The mechanism is unknown, as are the cellular factors that interact with TDAG51. This is where we are actively investigating how TDAG51 acts to regulate cell differentiation. I believe this is the key to better understanding how TDAG51 is involved in multiple diseases and the path to novel therapeutics aimed at either reducing or increasing TDAG51 expression or activity.
How might this gene be targeted therapeutically?
Good question. We are pursuing small molecules/biologics that can bind directly to TDAG51 and block its activity or reduce its stability in cells. We know that TDAG51 can be post-translationally modified via phosphorylation, acetylation or S-nitrosylation. It is possible that these modifications could affect expression/activity of TDAG51. These can be explored as therapeutic targets. Finally, we know that TDAG51 is downstream of specific cell pathways that regulate its expression. These upstream pathways may be targeted as a means of regulating TDAG51 expression. However, this may not be as selective as direct TDAG51 agonists or antagonists. There’s still lots to do!
What do you hope to achieve in your current research programme?
We hope to better understand the underlying pathways and mechanisms by which TDAG51 mediates cell differentiation. I believe this is the key to better understanding how this factor has direct and variable effects on so many tissues and diseases. This information will be the cornerstone for the development of innovative approaches aimed at reducing CKD and CVD by targeting TDAG51 expression and/or activity 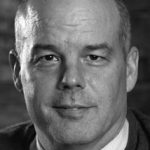 Circulating tumour DNA as a prognostic tool in prostate cancer 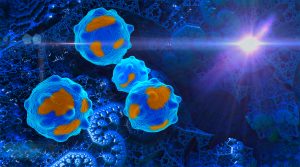 Acid sphingomyelinase – a novel target for anti-cancer and degenerative diseases? 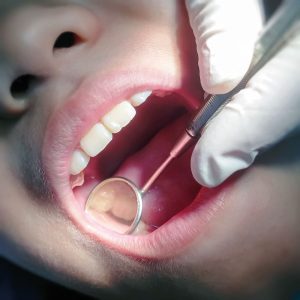