The Nagoya Protocol on Access and Benefit Sharing (ABS) provides a framework for the fair and equitable sharing of benefits associated with accessing and using biological materials. Despite coming into force in 2014, many academic and commercial users of these resources have never heard of the Protocol and remain unaware of the obligations arising from its implementation. A team of academic and legal experts from DSM Nutritional Products Ltd, the Leibniz Institute DSMZ, and ABS International BV aims to improve awareness and understanding of ABS, which should ultimately contribute to the conservation and sustainable use of biodiversity.
We are facing a global biodiversity crisis. Climate and land-use change are causing species decline and extinction at a faster rate than ever before, while threatening ecosystem health and potentially the future of humanity. Meanwhile, the human population continues to grow, marching toward a predicted peak of nearly 11 billion people by the end of this century.

The United Nations’ Convention on Biological Diversity (CBD) came into force in 1993, acknowledging that protecting biodiversity is not just about ensuring the future of plants, animals, and microbes but is essential to secure the food, shelter, clean air, drinkable water, and the healthy environment on which human life depends. The CBD aims to provide a framework for using ecosystems, species, and components of organisms for the benefit of humanity while protecting biological diversity. To this end, it has three main ambitions: 1) the conservation of biological diversity, 2) the sustainable use of its components, and 3) the fair and equitable sharing of benefits arising from its use (see Figure 1).

The CBD recognises that countries have a sovereign right to control the use of their so-called ‘genetic resources’ – biological material which can be used for research, product development (R&D), biotrade, or other purposes. Prospective users of these genetic resources must first obtain informed consent and make agreements with the providers (country and/or indigenous people) of the material to ensure benefits arising from such use are shared back fairly to the provider. These benefits can be multi-faceted, and can be monetary or non-monetary. They might come through innovation and economic development in a range of sectors such as food, medicines, and cosmetics. Or benefits could be through restoration and safeguarding of ecosystems and endangered species, through training and scientific exchange, or through payment of a fee or royalties. This concept is known as ‘access and benefit sharing’ (ABS) and applies to both academic research and commercial research and development. In its broadest sense, ABS is intended to incentivise conservation and sustainable use by increasing the economic attractiveness of protecting biodiversity.

In 2010, a supplementary agreement called the Nagoya Protocol (on Access to Genetic Resources and the Fair and Equitable Sharing of Benefits Arising from their Utilization) was adopted. It provides a more detailed framework to support fair and equitable benefit-sharing and includes provisions on use of traditional knowledge in research and development with, and commercial exploitation of, genetic resources. It came into force in 2014.

“Many current and potential users of biodiversity information, including researchers from both academia and industry, have not heard of the Nagoya Protocol.”

Countries decide who can access genetic resources, for what purpose, and under what conditions. National ABS laws stipulate the legal obligations of all users of genetic resources around the world and the potential sanctions for violations of the terms of use. People who violate these ABS rules may be fined or even imprisoned.

To ensure that other countries’ national laws are followed, parties to the Nagoya Protocol are obliged to implement compliance obligations. In the European Union, these are set out in Regulation (EU) No 511/2014. EU Member states check whether users comply with ABS obligations and keep records of their ABS documentation. Infringements of the EU Regulation are addressed with ‘effective, proportionate, and dissuasive penalties’ decided upon by the Member States.

There is also a potential for reputational damage for individuals and organisations, or a risk of retraction of scientific publications, arising from non-compliance with ABS rules and the associated compliance obligations. It is therefore critical for both ethical and legal reasons that both providers and users of genetic resources are fully aware of their obligations.

A key challenge for users is that countries interpret and implement the CBD and the Nagoya Protocol in different ways. While some countries do not impose any obligations on users accessing genetic resources for R&D, others have stringent conditions that make it difficult or impossible to obtain material for research. Furthermore, ABS legislation has many grey areas (complex technical legal considerations), which leaves users confused about when and how it may apply to them and what they need to do. Sometimes it is even impossible to get information from national authorities about ABS requirements.

“Penalties for non-compliance include fines and even imprisonment. Reputational damage for individuals and organisations is also a major risk.”

This diversity of challenges and legal uncertainty can be a barrier to R&D rather than an enabler, let alone being supportive of biodiversity conservation. The situation is exacerbated by the fact that many users, including researchers from both academia and industry, have not heard of the Nagoya Protocol and national ABS laws. Those that have are often not fully aware of what it means for them or that non-compliance can be sanctioned. Other users are put off research altogether by the potential complexity of gaining access to material and might decide to only work with biological resources from countries without restrictions.

This creates a huge challenge for the future of scientific research and innovation. Research and product development can take many years, many partners, and resources from many countries. Researchers are faced with tough choices. Should they narrow or adapt their research focus to simplify the legal complexity? Or should they risk pursuing multiple benefit-sharing agreements at once with no guarantee they will get access to the material they need or whether they have full legal certainty?

While in both the Nagoya Protocol and the EU ABS Regulation, ‘utilisation’ – ie, to perform R&D on the genetic and/or biochemical composition of genetic resources – is stipulated to be the trigger of ABS or compliance obligations, it is important for commercial users to realise that any use of biological materials may be bound to ABS obligations. For instance, some countries make use of their sovereign rights to also subject biotrade to benefit sharing obligations, independently of whether ‘utilisation’ was involved (see Table 1). In addition, if a material is purchased from a supplier, the supplier may have done R&D on the genetic resources involved, triggering ABS obligations which may extend also to all subsequent users of the material. To stay abreast of all potential obligations, diligent exchange of relevant information along the entire innovation chain as well as commercial supply chains is therefore crucial.

DNA sequencing and the creation of open access databases have revolutionised the fields of biological research, creating global resources used in research and development. Digital sequence information (DSI – an undefined political term used in the CBD for sequence and potentially other types of molecular data) is essential for scientific advances, eg, in medicine, food security, green energy production, and the protection of biodiversity. A good example is how free and open access to viral sequences enabled the rapid development of diagnostic tests and vaccines for the SARS-CoV-2 pandemic. The Parties to the CBD are currently negotiating whether benefit-sharing should extend to DSI and if so, in what way. Some, often biodiversity-rich, countries argue that open access to DSI is not conducive to equitable sharing of benefits and they will not agree to setting new global biodiversity goals under the CBD without seeing benefit-sharing obligations for DSI. Other countries argue that open access to DSI is critical to fulfilling the goals of the CBD. It’s a conundrum that is yet to be resolved but a solution is needed before the legal uncertainty described above is further exacerbated by national ABS laws on the use of DSI. Scholz et al (2022), for example, propose that only a multilateral framework would work for DSI benefit-sharing, while Sara et al (2022) call for a complete overhaul of the approach to ABS.

Wyss and the team believe the complexity surrounding ABS is not well understood by providers and users alike. The unintended consequences of this complexity neither support research nor conservation and sustainable use of biodiversity. This in turn is a serious barrier to sustainable development. While it may be daunting, users of biodiversity must equip themselves with a better understanding of their obligations arising from the implementation of the Nagoya Protocol and how to comply with them if they are to successfully navigate ABS and share benefits.

What steps would you advise users to take to improve their understanding of and compliance with the Nagoya Protocol and ABS legislation?
Do not feel overwhelmed by the sheer complexity of ABS legislation. Simply get started, using a step-by-step and risk-based approach. Integrate ABS compliance in the relevant internal processes (eg, governance, training, or sourcing of biological materials). Identify and map the activities and biological materials in your operations that might be subject to ABS. Identify the provider countries with relevant ABS legislation, remembering that some countries have no ABS requirements, which will reduce the complexity of the task. Obtain permits and enter into agreements as required. Proper documentation is key, as is the exchange of ABS-relevant information with R&D partners, suppliers, customers, and potentially authorities. For further guidance how best to navigate the ABS universe, useful resources are available, eg, www.nagoyaprotocol-hub.de/ (see Figure 2) or www.abs-biotrade.info/resources/#c2472. 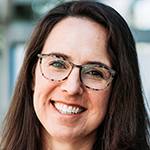 Dr Amber Hartman Scholz is head of the Science Policy Team and deputy to the director at the Leibniz Institute DSMZ, a Registered Collection, in Braunschweig, Germany. She is an expert in access and benefit sharing (ABS) including digital sequence information (DSI), the Nagoya Protocol, and the Convention on Biological Diversity. 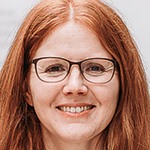 Elizabeth Karger is an Australian lawyer and an expert on the Nagoya Protocol and ABS. She is based at the Leibniz Institute DSMZ-German Collection of Microorganisms and Cell Cultures where she manages the German Nagoya Protocol HuB. 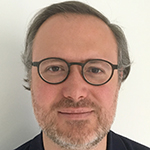 Dominic Muyldermans is a Belgian lawyer and an expert on the Nagoya Protocol and ABS, including DSI. He is senior legal adviser to ABSint – a multidisciplinary consultancy company on ABS, and CropLife International. He chairs the DSI team of the International Chamber of Commerce. 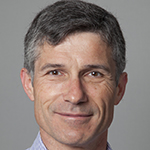 Markus Wyss is Director of Biosafety in the Regulatory Affairs department of DSM Nutritional Products Ltd and in charge of DSM’s compliance with the Nagoya Protocol and ABS legislation. Since 2019, Markus has been chair of the ABS Task Force of the International Chamber of Commerce.

The Nagoya Protocol and Access and Benefit Sharing (ABS): Responsibilities for users of biological materials