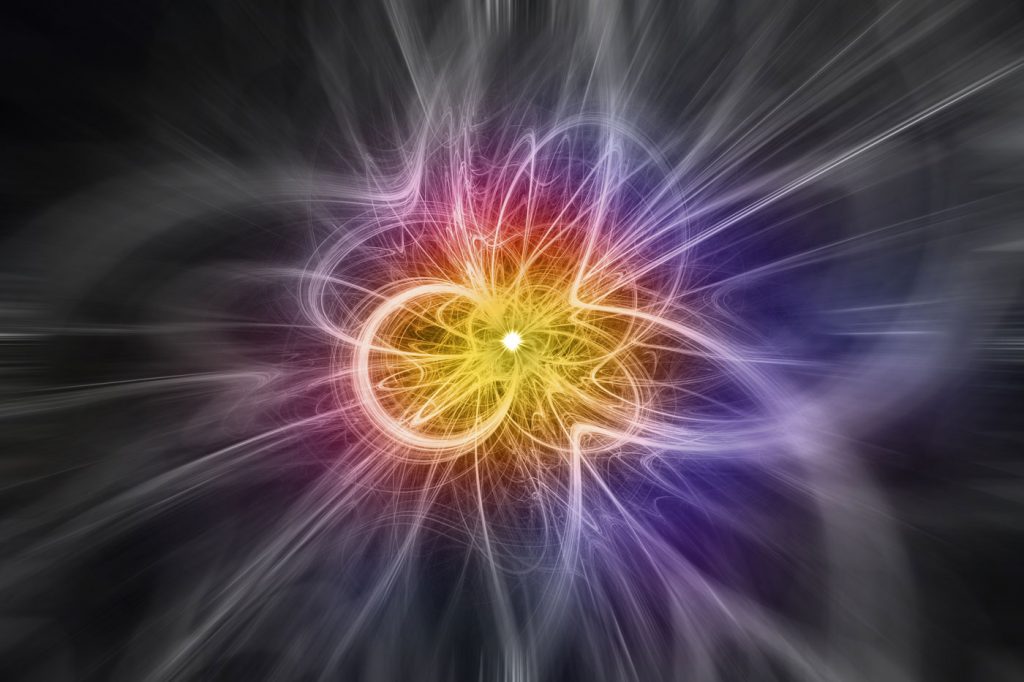 The physics of extreme matter: how did the universe begin?

ArticleQ&ADetailDownload pdf
What happens to matter when you heat it to more than a trillion degrees? Dr Jinfeng Liao and his team at Indiana University are exploring the properties of an exotic form of matter, known as a quark-gluon plasma, that only exists at such extreme temperatures. In the first few microseconds (that is, a few millionths of a second) after the Big Bang, the universe was thought to be composed entirely of such quark-gluon plasmas and, by re-creating them in the lab today, Dr Liao is exploring what they can tell us about the one fundamental force, the strong nuclear force, of the universe.
In our everyday experience, there are three main phases of matter: solids, liquids and gases. Most materials that are solid at room temperature, if you heat them enough, will become liquids and eventually gases. However, at very high temperatures, new, more exotic states of matter start to occur. One such state of matter is known as a quark-gluon plasma, which is thought to be the first form of matter that made up the entire universe in just the first few microseconds after the Big Bang.
Although it is commonly said that atoms are the smallest of matter, this is untrue. Atoms are composed of subatomic particles, called protons, electrons and neutrons. Neutrons and protons are relatively heavy, in comparison to electrons, but are further divisible into even smaller units known as quarks. The quarks are held together by a ‘force carrying’ particle, known as a gluon, that essentially sticks all the quarks together to make larger particles. It is these quarks and gluons that make up the plasmas that existed in the early moments of the universe.

Dr Jinfeng Liao and his team at Indiana University are interested in exploring the properties of these quark-gluon plasmas to better understand the fundamental structure of matter. It is now possible to recreate this primordial cosmic matter in the laboratory and Dr Liao has been investigating the results of such experiments, performed at places like the Large Hadron Collider (LHC) at CERN and Brookhaven National Lab’s Relativistic Heavy Ion Collider (RHIC), to discover the underlying patterns in the strong nuclear force that dictates the visible matter world of our universe.
Little Bang machines
In quark-gluon plasmas, the temperatures are in excess of a trillion degrees. These temperatures are nearly 100,000 times hotter than the centre of the sun, so how can the experimental colleagues of Dr Liao at LHC and RHIC generate similar conditions in the laboratory?
To do this, it is necessary to accelerate the particles of interest along many kilometres of beam lines so that they travel almost as fast as light rays. The particles are then smashed into each other with energies sufficient to generate the temperatures needed to form the quark-gluon plasmas. A series of sophisticated detectors are then used to watch how these plasmas behave, providing insights into the nature of matter in these extreme conditions.
New phase of matter
This new phase of matter, the quark-gluon plasmas, has many interesting properties. It behaves like a nearly perfect fluid and has extreme “stopping” power to an energetic penetrating particle. Perhaps more interestingly, such unusual properties can help physicists to develop a better understanding of how quantum chromodynamics (QCD) works in nature.


QCD is a theory that describes the strong interactions between the quarks and gluons found in these plasmas. Furthermore, QCD holds the key to understanding exactly how the building blocks of atoms and molecules, protons and neutrons, are constructed from the more basic quarks and gluons and exhibit their observed properties. This same theory is also responsible for understanding the phenomena that occur in the particle collision experiments performed in places like the LHC and RHIC.

While the conditions of the modern universe may be very different to its early days, Dr Liao is interested in further exploring the nature of quark-gluon interactions by studying the epoch matter of quark-gluon plasma. In ‘normal’ states of matter, the quarks and gluons are deeply bound inside protons and neutrons and cannot be directly accessed. But in high-temperature plasma conditions the quarks and gluons become freed to roam around – thus offering an otherwise unavailable environment for manifesting the strong interaction between them. A lot has been learned in the past decade about the behaviours of the quark-gluon plasma, nevertheless it remains highly challenging to transfer our understanding of the quark-gluon plasma to help unravel the mysteries of QCD and its predictive capabilities – something Dr Liao is hoping to address through his research.
An anomalous universe
Lately, Dr Liao has been investigating one particularly interesting facet of quark-gluon plasma. A common theme in subatomic physics is the idea of symmetry, which encodes the many secretive patterns of the physical laws. The idea of symmetry has helped predict many of the particles that have eventually been found at the LHC and other similar particle accelerators.
However, the physics of symmetry is more versatile than the usual conception: besides rigorous symmetries, broken symmetries also play vital roles in physical theories. Dr Liao is particularly interested in one intriguing case, known as the chiral anomaly. This refers to a kind of symmetry called chiral symmetry for a category of particles known as chiral fermions. Such a symmetry, while holding in classical mechanics, gets broken in the quantum mechanical description. Physicists, Dr Liao included, have been very curious about the general consequences of the chiral anomaly for macroscopic properties of matter, with quark-gluon plasma as a particular example.
One category of potentially observable effects is known as anomalous chiral transport, with a notable example called “Chiral Magnetic Effect”. This effect is the unique signature of such a chiral anomaly, as first advocated by Dr Dmitri Kharzeev, a professor at Stony Brook University and Brookhaven National Laboratory. Dr Liao has been working to make predictions for how this process may occur quantitatively to aid the experimentalists’ search for this effect in heavy-ion collisions.
Finding this effect will be a milestone in understanding the fundamental physics of chiral anomaly and quantum matter. Ultimately, understanding it will aid understanding of the processes that are responsible for the early cosmic magnetic fields as well as astrophysical matter in neutron stars and supernovae. With many of the theoretical studies developed by Dr Liao and his team, it is possible that we are getting very close to an answer to whether such effects can be observed in future experiments, providing a new insight into the forces that glue our universe together.

What is a quark-gluon plasma?
A quark-gluon plasma is a new phase of matter at a temperature of about a trillion degrees or higher. Different from normal materials that are made of such building blocks as protons and neutrons where quarks and gluons are deeply hidden inside, a quark-gluon plasma is directly made of the quarks and gluons. On the other hand, it was also the old phase of matter in the early universe shortly after the Big Bang.
Are there any situations today where quark-gluon plasmas naturally occur?
Today the quark-gluon plasma can be reborn in the laboratory by “atom smashers”, namely the high energy colliders such as the Large Hadron Collider in Europe and the Relativistic Heavy Ion Collider in the US. These experiments create the highest man-made temperature in the “hot spot” created by two colliding particles where a quark-gluon plasma occurs.
What are the possible applications of quantum chromodynamics?
Quantum chromodynamics is the underlying basic theory for describing all nuclear forces and nuclear phenomena. It lays the foundation for numerous applications from energy generation in nuclear power plants to medical imaging via magnetic resonance imaging (MRI).
Do you think it is likely that anomalous chiral transport will be observed soon?
The anomalous chiral transport is currently predicted to occur in two possible laboratory systems. It has been observed in condensed matter materials called Dirac and Weyl semimetals. It has been enthusiastically searched for in the quark-gluon plasma with positive hints. Deliberately designed heavy ion collision experiments, dedicated to the search of such an effect, has been planned for the next couple of years and will very likely lead to a definitive answer.
What do you think will be the future of heavy-ion collision experiments?
Active experimental programmes at the LHC and RHIC have been planned for the next decade, with an array of exciting scientific goals and great potential for important discoveries, such as the search for anomalous chiral transport. Other examples include the possibility of finding, for the first time, a distinguished phenomenon known as the critical point for nuclear matter. 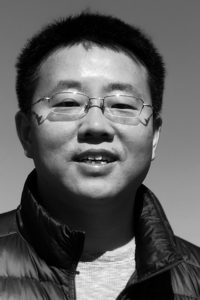 The physics of extreme matter: how did the universe begin?
PrevPreviousA star is born: understanding the physics of star formation
NextHow new technology is stopping fire in its tracksNext

The role of conformer pairs in optical rotation 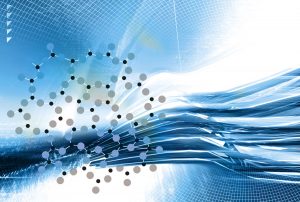 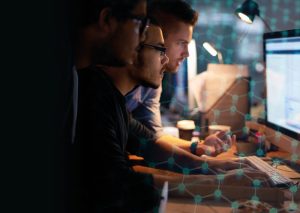