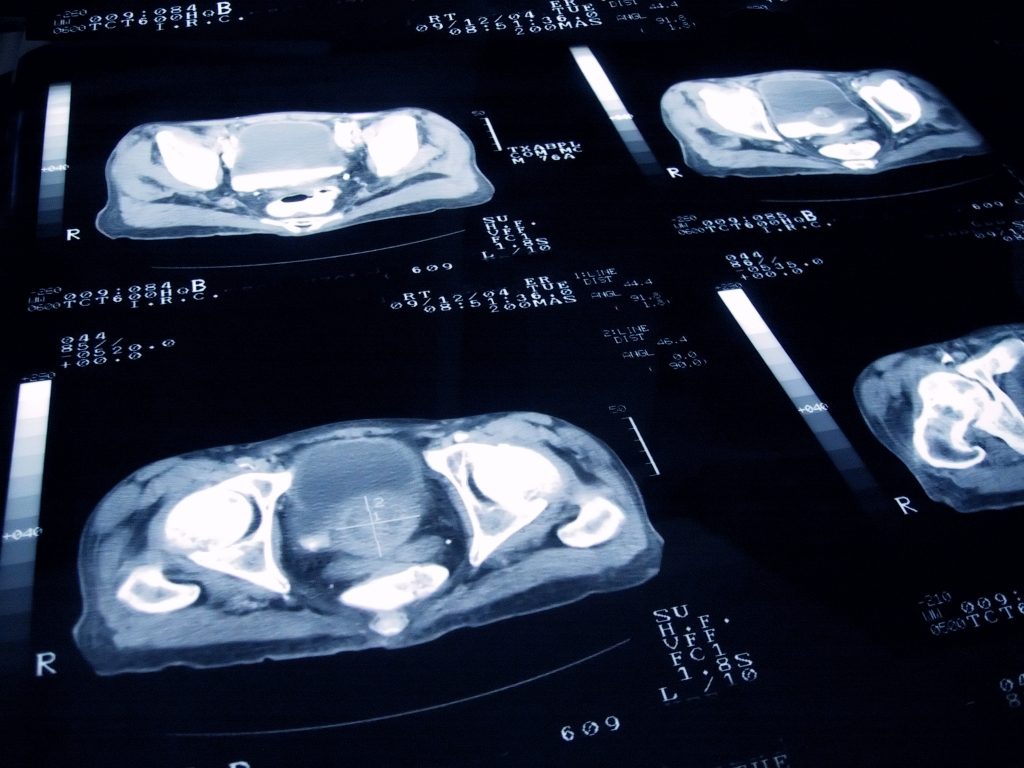 ArticleQ&ADetailDownload pdf
Despite prostate cancer being among the four most common cancers diagnosed world-wide, knowledge of the genetic changes underpinning aggressive cases of the disease is extremely limited. Dr Leigh Ellis from the Roswell Park Cancer Institute is working to deepen our understanding of the early stages of prostate cancer and aid clinical progress. His novel, state-of-the-art, genetically engineered mouse models provide an unprecedented opportunity to investigate prostate-specific molecular cancer mechanisms. By identifying the underlying genetic abnormalities that result in aggressive tumours, Dr Ellis hopes to discover biomarkers for distinguishing between indolent and aggressive disease in patients upon diagnosis, with the potential to revolutionise how prostate cancer treatment is implemented.

Prostate cancer affects 1 in 6 men in the US, making it the most commonly diagnosed non-skin cancer, with several hundred thousand newly diagnosed cases annually. Dr Leigh Ellis, currently based at the Roswell Park Cancer Institute in the Department of Pharmacology and Therapeutics as assistant professor of oncology, has been developing mouse models of prostate cancer to investigate the genetic differences that underlie indolent and aggressive forms of the disease.

An indolent cancer refers to a tumour that is isolated to the prostate and is likely slow-growing, not immediately problematic and may not be causing the patient any pain. An aggressive cancer grows much faster and has the potential to metastasise (parts of the cancer break off and travel to other sites in the body). Due to their restricted growth, if doctors were able to accurately identify indolent cases they could keep the cancer under surveillance and take time over decisions regarding the best course of action.

Advances in testing methods have in recent years resulted in higher numbers of localised prostate cancer being detected. Unfortunately, there is currently no way upon diagnosis to differentiate between an aggressive and indolent cancer phenotype. Due to the risk of an indolent tumour advancing to further stages of disease, many patients are undergoing treatments with severe side effects that could be avoided if this distinction could be made. Treatment options that are informed by the tumour characteristics of the patient would enable the best treatment plan to be chosen, only opting for therapies with severe side effects when absolutely necessary. 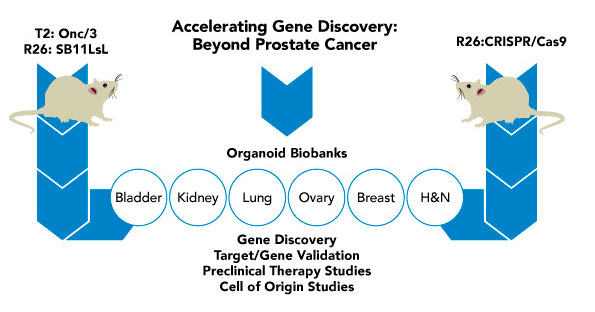 Unknown genetic switches
Dr Ellis is working to solve this problem and hopes his research will lead to the discovery of a genetic test that will enable doctors to identify how aggressive a cancer is upon diagnosis. Working towards this goal, Dr Ellis and his research team are employing state-of-the-art transgenic mouse models. He envisages that understanding the molecular mechanisms that occur in these controlled cancer models will provide the key information about the genetic drivers of aggressive cancer required for the development of novel clinical biomarkers. This is also likely to reveal potential therapeutic targets for drug development.

Currently, little is known about the genetic switches that drive cancers in the prostate to progress from an indolent form to an aggressive, metastatic disease. Research has been hampered by a lack of human tumour samples. Therefore, extensive tracking of the evolution of tumours on a genetic level has not been possible. To overcome the difficulty in conducting real-time molecular studies of cancer progression in humans, genetically engineered mouse models of human disease provide a viable alternative.

Investigating the Myc oncogene
Previous genomic research has identified some genetic mutations associated with prostate cancer. A key focus of Dr Ellis’s research is to investigate what other factors are at work in combination with changes in the cellular expression of one such gene, known as the Myc onocogene. The Myc gene codes for a multifunctional protein that is involved in an array of cellular processes, including the cell cycle and programmed cell death.

Research in transgenic mice, where human Myc is over-expressed specifically in prostate tissue cells, has shown that elevated levels of Myc cause cells to become cancerous. However, as shown by several studies including those conducted by Dr Ellis, as these mice age the cancer remains largely confined to the organ and does not progress to metastatic disease. Therefore, although the Myc oncogene is responsible for the genesis of prostate cancer cells, other synergistic genetic abnormalities must be acquired in indolent tumour cells that drive the cancer to an aggressive form in some cases.

Multiple mouse models for molecular detective work
Building on existing mouse models in which the Myc oncogene is over-expressed in prostate epithelial cells, Dr Ellis and his team are working to characterise two distinct mouse models designed to uncover what other factors are cooperating with Myc. One of these models is designed to determine whether or not a specific protein, known as retinoblastoma (Rb), acts to suppress the metastasis of prostate cancer. Dr Ellis hypothesises that mutations which result in a loss of Rb’s tumour-suppressing properties may prove to be a genetic switch for the transition between cancer types, releasing the cancer from the inhibiting factor that confines an indolent tumour to the prostate.

In his second model, Dr Ellis is utilising a ‘sleeping beauty mutagenesis screen’ to discover other unknown genetic factors driving prostate cancer metastasis. The screen involves a targeted technique known as ‘transposon insertion’, which allows directed mutagenesis of DNA to be carried out in specific cell and tissue types. These insertions can deregulate other genes, mimicking the changes that occur in cancer cells, for example, the inactivation of tumour-suppressor genes such as Rb. Tumours can be tracked and DNA samples collected at different stages of cancer progression for sequencing. Analysis of the sequences then allows researchers to locate genetic mutations and relate them to the cancer cell characteristics.

Dr Ellis and his research team are some of the first investigators in the field to use mouse models in combination with advanced techniques (3D organoids and NGS) to uncover genetic drivers of aggressive prostate cancer. With this novel methodology, they also have the ability to introduce genes with temporal control over activity, providing greater specificity and control over genetic events than has ever before been possible in a prostate cancer model.

Looking to the future
Once the fundamental pieces of this molecular puzzle have been assembled, Dr Ellis plans to use this knowledge to inform the development of urgently needed specific diagnostics and targeted therapeutics for advanced prostate cancer. His pioneering contributions to the field are set to have life-changing implications for patients suffering from this devastating and deadly disease, propelling us towards greater specificity in treatment, providing the best possible plan in each individual case.

Dr Ellis will be taking his research further at the Dana Farber Cancer Institute, Boston, in the near future.

How has your career in oncology led you to this current project?
My PhD studies introduced me to the emerging field of epigenetic therapy in lymphoma. Seeing the clinical success of these therapies, I became deeply interested in epigenetic/genetic interplay underlying cancer initiation and progression. My postdoctoral training presented me with a two-fold challenge: Firstly, how do we distinguish indolent from aggressive prostate cancer? Secondly, could we find successful implementation for epigenetic therapy to successfully treat lethal prostate cancer? My current use of genetically engineered mouse models stems from my direct training, and now my lab’s research focus is to use such novel models to understand the genetic/epigenetic basis of aggressive prostate cancer and implement these discoveries towards providing biomarkers and/or therapeutic strategies for clinical use.

Might the sequencing results from your directed mutagenesis screen uncover other genes that result in prostate cancer cell phenotypes, in addition to the genetic switches involved in aggressive disease progression?
This is possible, yes. Our primary goal is to discover genes that cooperate with c-MYC (a well-known oncogene that drives multiple cancers, including prostate cancer) towards a more aggressive phenotype; insertional mutagenesis allows for loss of or gain of function of genes, and in the context of MYC-driven prostate cancer, we may identify genes that work against c-MYC, in turn making the cancer less aggressive.

Once you identify mutated genes specifically implicated in aggressive disease, how does this information translate to diagnostics? Will patient DNA be sequenced to look for the mutation?
This could occur in multiple ways. Initially, our discoveries could be validated using human prostatectomy or biopsy samples (DNA, RNA, protein). Ultimately, we would prefer to see this be utilised by testing blood or urine samples from patients. This is non-invasive and less stressful to the patient. These samples can have DNA and/or RNA extracted and tested for genes of interest.

Is there potential for your methodology to be adapted for use in research investigating other forms of cancer?
Very much so, and it already has been successfully utilised by multiple researchers throughout the world.

How do you see your research unfolding over the course of the next 5 years or so?
While our generation of novel mouse models will continue, we have successfully converted many of our current mouse models and human samples to 3D organoid cultures. 3D organoid cultures represent a much more rapid platform for genetic/epigenetic discoveries and preclinical therapy testing. In regards to clinical translation, we are currently generating patient 3D organoid avatars. Patient samples are sequenced through a commercial source, genetic drivers are identified, and treatment options are provided to the clinician. In tandem, we are generating the companion 3D organoid avatars to validate the genetic aberrations and conduct preclinical therapy testing. We believe this will add valuable data to the final clinical decision to achieve the most successful outcome for the patient.

Research Objectives
Dr Leigh Ellis aims, through his work on the genetics of prostate cancer, to uncover the biomarkers that will allow practitioners to distinguish between indolent and aggressive tumours. 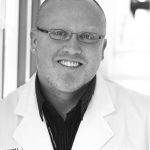 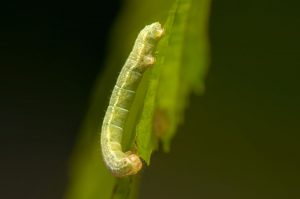 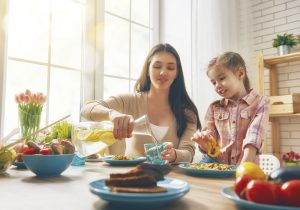 The best start in life