Chemical reactions are incredibly energy intensive. To produce many of the chemicals we use in our daily lives or rely on for medical treatments, the chemical reactors must often be heated to high temperatures, sometimes many hundreds of degrees.

The amount of energy involved in chemical reactions is also what can make them so dangerous. For example, chemical reactions that involve the release of energy might result in explosions or fires. Even making simple or common chemicals can take many different, labour-intensive steps that require the use of more and more chemical reagents along the way. This is because each step of a reaction often needs different conditions, such as acidic or alkaline environments and auxiliary chemicals.

The majority of our chemicals come from petrochemical sources like oil. This is true not just for plastics and rubbers we traditionally think of as coming from oil but also for pharmaceuticals and other ‘specialty chemicals’, like flavourings and perfumes. Sometimes oil is described as a chemical ‘feedstock’ because it is the source of the starting chemicals used for all the subsequent chemical reactions.

“Globally, chemical synthesis alone accounts for 12% of industrial energy use.”

Forcing chemical species to react and bond to form new molecules can be challenging, which is why many reactions need such extreme conditions in terms of temperature and pressure. What this also means is that chemical synthesis is a huge consumer of energy – globally, chemical synthesis alone accounts for 12% of industrial energy use (EIA 2019).

The question is, how can we move away from needing petrochemical feedstocks and using such energy-intensive reactions? Is it possible to make chemical synthesis more environmentally friendly? If so, how do we do it?

Dr Yann Pellegrin at the University of Nantes in France has been finding an answer in photochemistry – where the chemical reaction is triggered by light rather than heat or pressure changes. Photochemistry can make use of the energy provided by light to break and make chemical bonds. Often, it is applied to make molecules react in very different ways than could be achieved by simply heating them.

Pellegrin has been developing ways to make cheaper, less toxic metal compounds that can be used to help out in the energy transfer required for photochemistry to take place. By using clever tricks in the molecular design and chemical engineering, he has been able to develop a new range of copper complexes that can help unleash the full photochemical potential of copper complexes.

In a photochemical reaction, a molecule absorbs light and becomes what is known as ‘excited’. An excited state for a molecule is an unstable and often short-lived state as the molecule wishes to get rid of the excess energy it has received from the light. Sometimes, this excess energy is converted to energy for breaking chemical bonds or transferred to another chemical species nearby.

Some molecules absorb light very efficiently. The dyes we use in clothing appear brightly coloured because they absorb visible light so strongly. As dye molecules are so efficient at absorbing light, they are often used to capture as much light energy as possible to then transfer to other species in a photochemical reactor. Some very powerful dyes can contain metals, including copper.

Once the light absorption has taken place, often metal complexes are used to trigger the final chemical reaction. These compounds are known as photocatalysts as they use light to help accelerate or drive a chemical reaction to occur. The problem in photochemistry is many of these photocatalysts are based on expensive and toxic heavy metals, like iridium or ruthenium. Both metals are becoming increasingly scarce, and any trace of them needs to be removed from the final chemical product to avoid issues with their toxicity. 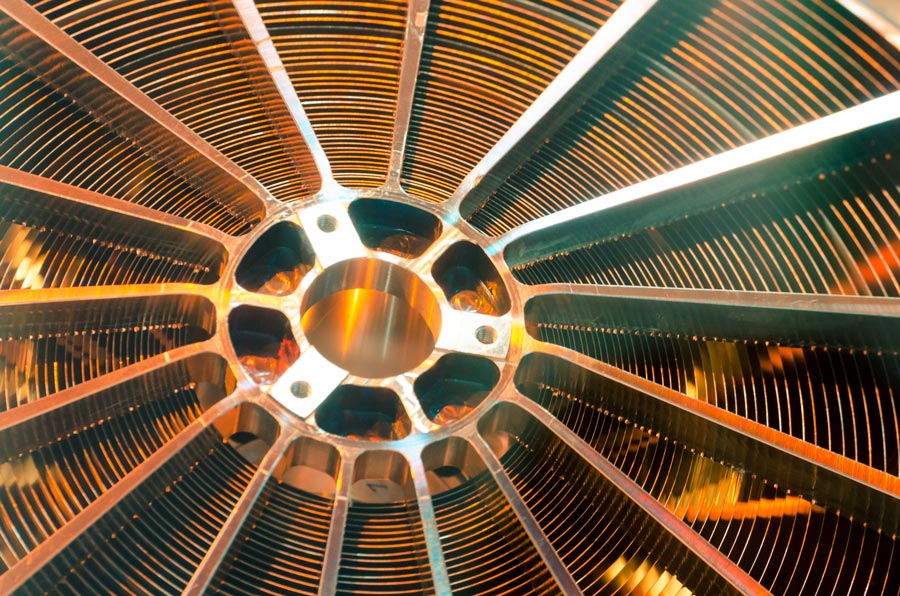 Pellegrin has been working on an alternative approach: rather than using iridium or ruthenium, he has been trying to tailor-make molecules from copper, which is far cheaper and more abundant. It was previously thought that copper complexes could not be used to drive a certain kind of photochemical reaction – the so-called reductive quenching of an excited state, where an electron is transferred to a dye molecule after it has been excited by light. This is an important process in triggering the desired chemical reaction. By carefully tuning the different groups attached to the metal centre, or by designing specific molecular partners adapted to copper complexes, Pellegrin has demonstrated that copper complexes can indeed even outperform more expensive metal complexes such as ruthenium.

“By using clever tricks in the molecular design and chemical engineering, Pellegrin has been able to develop a new range of copper complexes.”

Designing complexes for photochemistry is not an easy task. Extensive theories to understand how excited states behave have only been developed in the last few decades. This is because historically, most chemistry has been concerned with understanding what happens when reactions are heated.

What this means is that predicting how a new copper complex will behave when it interacts with light is highly non-intuitive. What’s more, most photochemical reactions happen incredibly quickly, so specialised tools must be used to follow either directly or indirectly the behaviour of all the molecules involved in the photochemical process. This makes it hard to understand exactly how these reactions work.

Pellegrin is collaborating with theoreticians and specialists in ultrafast measurement techniques to try and understand why his copper complexes work so well for photochemical reactions. With this knowledge, he is able then to find better ligands – the chemical groups attached to the metal centre – to drive the chemistry that he wants, all with the help of just a little bit of light. 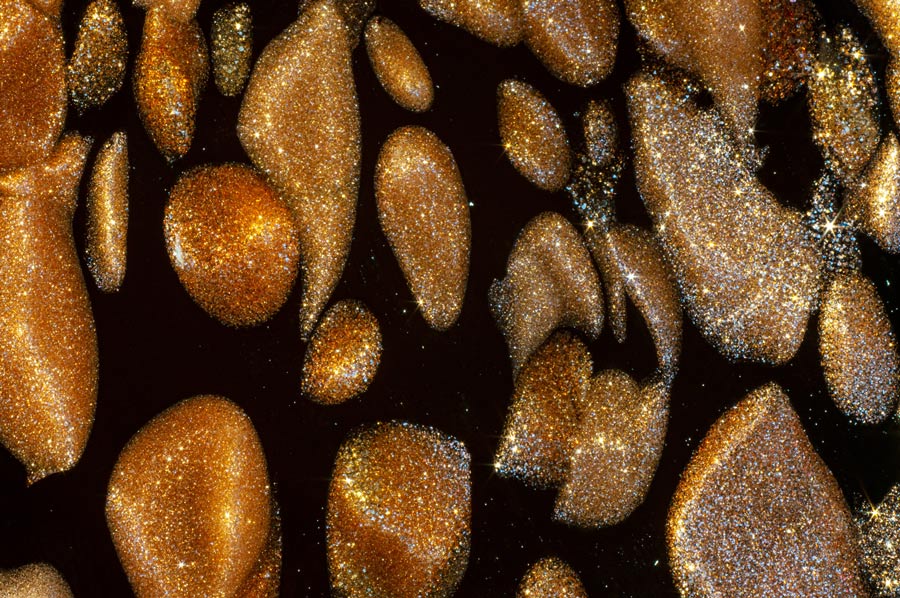 Is it possible that one day all our chemicals will be made using photochemistry?
I doubt it very much because we need diversity in chemical reactivity to reach our molecular targets: photochemistry and thermally activated chemistry are almost orthogonal, in that the reactivity of the intermediates is totally different. In short, we need both!

What is the most challenging part about designing new photochemical compounds?
Stability is the most important parameter, and reusability of course: if the photosensitizer is stable indefinitely – which is impossible, but let us imagine it for the sake of reasoning – it will not age. If, in addition to that, you can easily retrieve the photosensitizer from the reactor, then you can use it again and again. In an ideal world, this would be a never-ending cycle where the chemistry is achieved through the photosensitizer, using only light as driving force and chemicals to feed the reactor. While this is unattainable, our goal is to make photosensitizers stable for as long as possible, so they can be reused many times.

Are there any other applications of photochemical compounds?
Yes: dyes collect light, and then several events can happen. Enhanced reactivity is one of them, and the one we exploit to do photochemistry in a broad sense: photosynthesis of solar fuels, of commodity chemicals, late-stage modifications on specific molecules, and even dye-sensitised solar cells. Other photo-induced events can take place, for example, the excited dyes can be luminescent and emit light back. Those are very useful to design molecular probes and tags for theranostic (therapeutic and diagnostic) applications.

What made you consider copper to facilitate chemical reactions?
Ru(bpy)3 (a type of ruthenium complex) is probably the most famous photosensitizer used in photochemical reactions: when wanting to try out something, one takes Ru(bpy)3 as a dye because it cannot disappoint; it is very versatile and robust. Surprisingly, copper complexes are very similar, but cost less and have a lower toxicity than Ru(bpy)3: that was the first impetus towards looking into copper photochemistry. But then, I found out that copper could outperform Ru(bpy)3 in a very specific photochemical reaction (reductive quenching): it convinced me to devote my time to this matter. 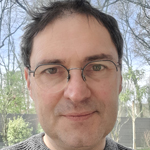 Yann Pellegrin received his PhD in chemistry in 2004 from Paris-Sud University (previously Orsay University). After three years of post-doctoral work in Dublin, he joined the CNRS research laboratory CEISAM at the University of Nantes. He is now a research director and pursues work on the interaction between light and matter. 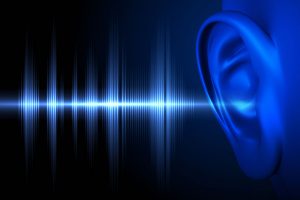 A sound approach to the study of hearing 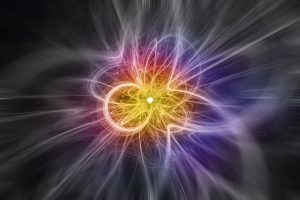 The physics of extreme matter: how did the universe begin?